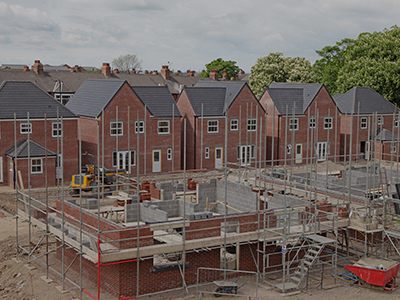 Our CEO Mark Hawthorn looks at the dilemma that developers are currently facing  when it comes to the most appropriate sales channel, as featured in North West Insider.

Traditionally there have been two sales channels for any developer, either retail or to investors. Both options contain balanced pro’s and con’s, retail offers higher returns with higher risk and investor sales offers lower risk but lower returns. Which one to choose?

There is a well documented long term undersupply of new housing in the UK going back to the early 1970’s. Surely after almost half a century of imbalance market forces would have acted to bridge the gap and redress the balance but this is simply not happening, why?

In order for a development to start there are a number of factors that need to align for both developers and their lenders/backers. The units need to be sold within a reasonable timeframe and within a certain price range. This is the fundamental risk to the developer and their lenders and without absolute certainty it will remain a risk until construction and sales are well advanced or even completed. Whilst pricing and demand may exist today the developer isn’t selling in today’s market, they are selling in a future one yet to be determined

This is often called “Spec Resi” being shorthand for Speculative Residential which is self-descriptive. Whilst many developers are prepared to take measured risks as part of their business model most lenders tend to be far more conservative with the financial crisis still deeply engrained. There are lenders, of various shapes and sizes, who will look to take on the speculative risk but at a premium which will eat into margins and therefore mean the developer is working for lower returns and therefore a higher risk

Off-plan sales are fantastic at de-risking sites with all units often being sold before construction and financing are agreed. This opens up lending channels for the developer and removes pricing and demand risk. However, it comes at a cost as the units have to be discounted to attract investors and many require rent guarantees which tie developers to sites for many years post completion and can erode profits post completion. The majority of city centre apartment schemes in the country are pre-sold to investors as there is little speculative appetite such is the risk

We interact with developers and lenders on daily basis and have done for many years through our other group businesses. I expect many (hopefully) reading this will already be on familiar terms with us. It is this unique position that has allowed us to create an alternative sales channel blending the best of both off-plan and retail sales for developers and their lenders

The concept is very simple in that we will exchange contracts to acquire entire schemes pre-construction, removing risk exactly the same as an off-plan transaction. However, entirely unlike an off-plan transaction, we will then allow the developer full and free rein to sell units retail at full market values. In essence we have created a simple and robust hybrid of the pro’s from investor and retail sales. If there are unsold units at the end of a development we will complete through the contract already in place. This gives the developer the best of both worlds and opens up a whole range of efficiencies and options. We see increased access to funding, improved efficiencies and margins along with the ability to start more sites and create more stock without increasing risk

We are confident that our offering will change the way that sites are both sold and funded.