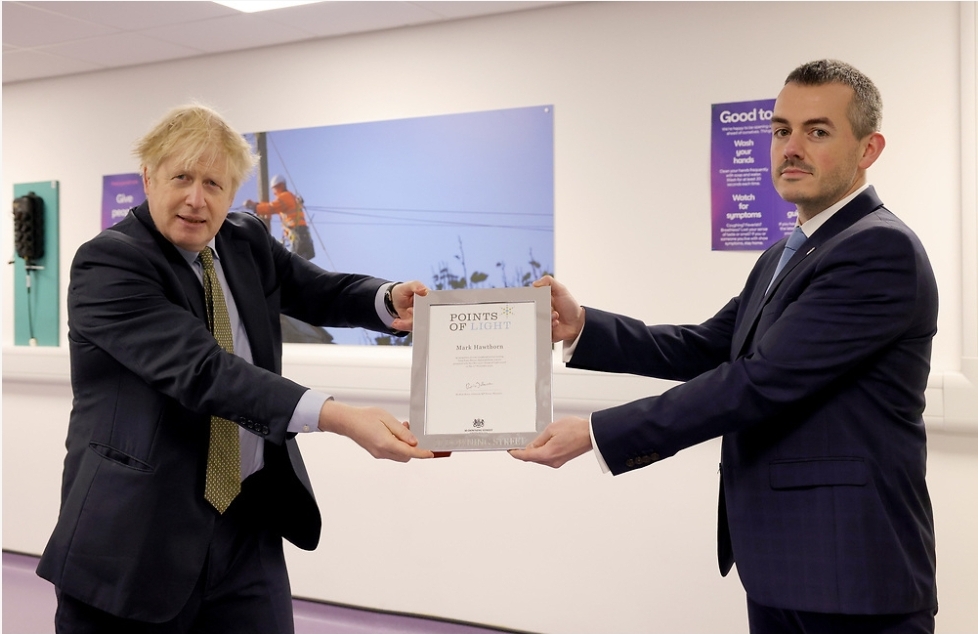 THE PRIME MINISTER AWARDS ‘XMAS PARTY HEROES’ FOR HARNESSING THE GENEROSITY OF THE BRITISH PEOPLE, WITH OVER £1.3 MILLION RAISED IN SIX WEEKS

The campaign founded by Landmark Group that urges businesses to donate their unused Christmas party budgets to charity has raised more than £1.3 million pounds in less than six weeks since it launched, and has just received a special recognition award directly from the Prime Minister, Boris Johnson.

Mark Hawthorn, CEO of Landmark Group, was awarded the Prime Minister’s Points of Light Award on 18th December 2020. The award recognises outstanding individual volunteers – people who are making a change in their community. In a ceremony attended personally by the Prime Minister to bestow the award to Mr Hawthorn, Boris Johnson said:

“Congratulations on the enormous success of ‘Xmas Party Heroes’.

“You have harnessed the power of technology and the generosity of the British people to raise a staggering £1.3 million for charities across the UK.

“The Christmas season is fleeting, but as we take down the tree and pack away the decorations, the millions of pounds that you have raised for over 300 charities will touch people’s lives for the better for years to come.”

“A few short weeks ago we realised that we wouldn’t be able to enjoy our usual staff Xmas Party or any other entertaining. This left a generous budget surplus, and an obvious option to simply donate it to charities, who are in need now more than ever. This immediately led to the realisation that a great number of other businesses would be in a similar position who could – and where possible should – do the same.

“We launched the Xmas Party Heroes concept to our network of close contacts and suppliers, where it quickly gained traction, before taking over our lives in the nicest possible way.

“We set out to create a campaign movement that charities could use with no strings attached to quickly increase their fundraising this winter. We now have well over 300 charities onboard and expect to surpass £1,500,000 in donations. This has all been achieved in less than 50 days, and we have enjoyed every minute.

“This recognition from the Prime Minister should really help to drive more awareness and further benefits to the charities as we continue our push towards Xmas.”

Full details of the award can be seen here: https://www.pointsoflight.gov.uk/xmas-party-heroes/