Tom Bloxham: Why creative industries are important for business 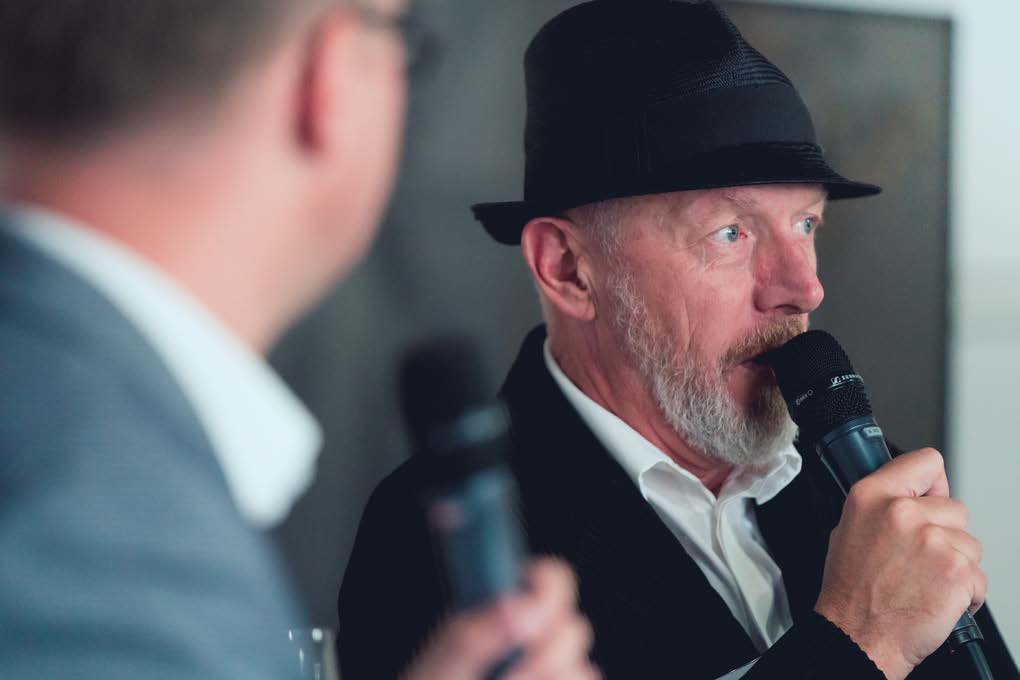 Creativity has been a big influence in Tom Bloxham’s career. As part of a wide-ranging Q&A at the Manchester International Festival, he explained why he’s channeling this energy into the next chapter for Urban Splash.

When Tom Bloxham MBE speaks, people listen. The energetic chairman of Urban Splash is consistently banging the drum for Manchester and combining creativity with entrepreneurship to sell space, make places and more recently, houses. Like most entrepreneurs, he’s not shy of doing things differently, and has won many followers as a result.

Speaking at Landmark Group’s Breakfast with Bloxham event, he explained how his approach to selling posters in 1980s Manchester through to modular housing in 2019, was really no different – and how the creative arts has played a big role in his business.

“I’ve always liked to surround myself by creative people,” he told the audience. “I think, in a way, it’s a real shame what’s happened to art education; what you learn in history and maths for example, you are really repeating what happened before and getting rewarded for memorising that.

“The creative industries are probably the only area of schooling where you are encouraged to be original and do things differently. I’m always interested in finding people who are interested in new ways of doing things.”

Bloxham explained that in his student days in the city, his “mates didn’t want the naff posters from Athena, they wanted bands like the Stone Roses or Happy Monday’s, designed by good graphic designers and in a way, nothing has changed. The big housebuilders are doing a great job and making loads of money, but they’re not the sort of places I want to live in. It’s good to provide something that is well designed, forward looking rather than backward looking something that’s contemporary.”

In May 2019, Urban Splash announced it had formed an alliance with Homes England and Japanese modular housebuilder Sekisui House, to ramp up its modular homes brand House. Bloxham told the audience he planned to go after 1 per cent of the UK market and provide 3,000 homes a year. Sites in Manchester, Cambridge and Milton Keynes are the start of a plan to build “all over the country”.

“We have been working on big buildings all our life, but I’ve always believed it hasn’t been replicable,” he said. “One day we’d develop Fort Dunlop, the next it was the Midland Hotel in Morecambe, but these buildings are quite hard to find and they rely on our own personal connections and skills.

“The world is changing,” he added. “Every time, I change my phone it gets cheaper and better; I changed cars for the first time in ten years recently, and the same applied. Everything is getting cheaper, yet our homes are getting more and more expensive, and for my mind, no better.”

Bloxham said Homes England would add credibility to the project, while Sekisui House would lend expertise from the modular house building market. The Japanese business, which he admits having never heard of until recently, currently builds around 45,000 homes a year and has 1,000 people in its research and development department, alone.

While he stops short of comparing Urban Splash’s ambitions to Apple, the roots of a product that works, with strong marketing and support, are clearly in his mind. “When we were kids, Apple Macs were niche computers, just for graphic designers. But Apple just focused on great design, usability and great customer service. Today, it is the most valuable company on the planet.”

Tom Bloxham is the chair of the Manchester International Festival, which runs until 21 July 2019.

The event was organised by Landmark Group and hosted by Rupert Cornford.