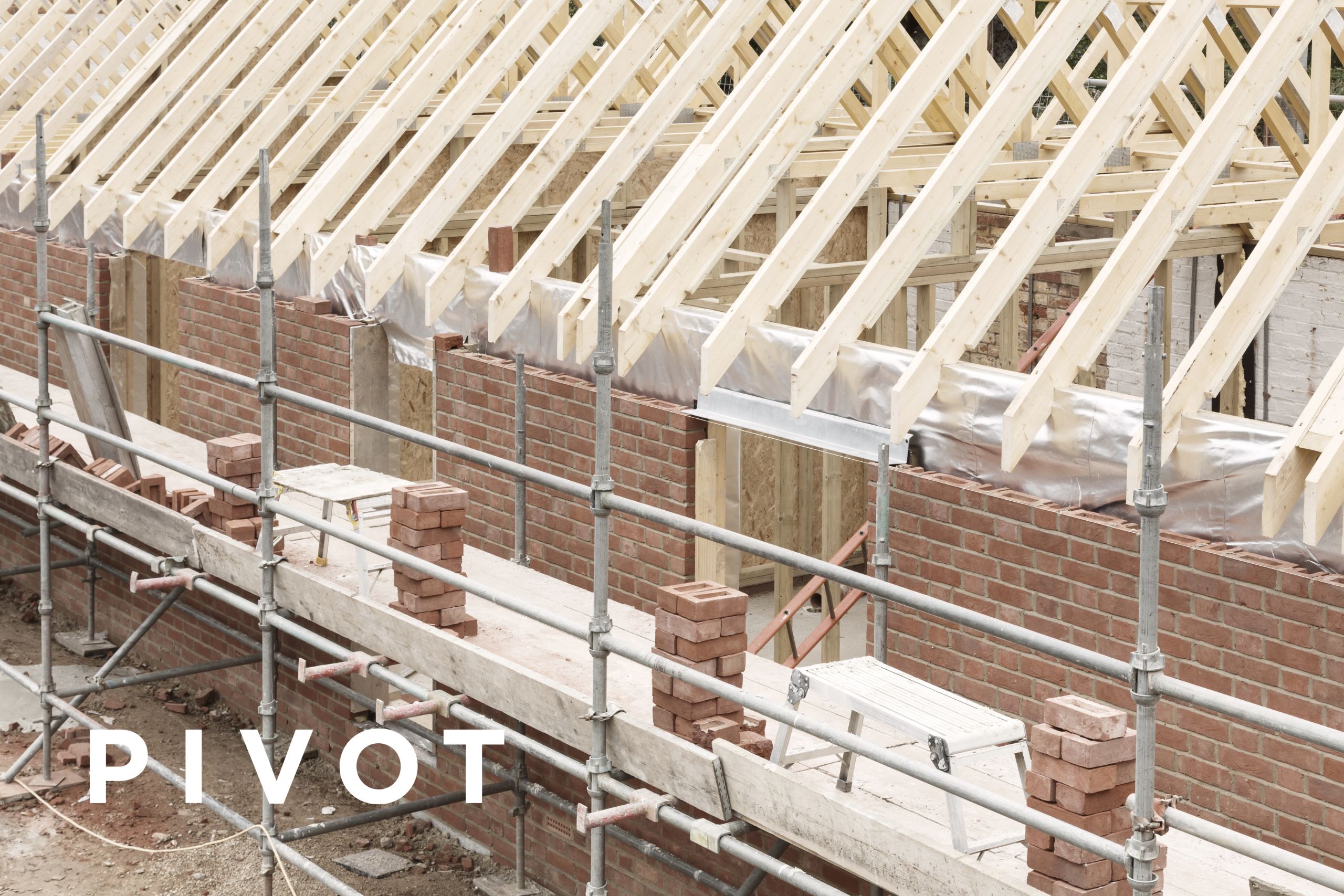 Our Boost Network Partner Pivot Finance looks at how lenders can provide support against the challenges faced by developers, with inflation and a recession looming but house prices still rising.

We’re currently in a situation never seen before, with a recession looming but real estate prices still rising. On the flip side, costs are mirroring what’s happening with inflation.

The turbulence initially started with the impact of the pandemic where sites weren’t stalled in their progress by restrictions placed upon the workforce, but actually due to universal supply chains being unable to transport the all important materials to site and availability of funding. This had a knock-on effect to any development lender that was in place to fund the construction of the project. Developers were often eating into the loan period whilst no build work was able to take place, putting strain on the overall lending book.

Some lending institutions sympathetic to these situations were re-assessing the development loans in place and restructuring the loan terms to accommodate a revised build period in a bid to ensure the loan term did not reach its proposed exit date with the site incomplete. Following the relaxation of pandemic rules, sites slowly opened and the projects continued, but further complications became evident such as suppliers short of stock, backlogs creating more delays and the market was beginning to see signs of a cost increase across all areas of building materials. This was exacerbated with the C19 government support schemes which caused inflationary pressure.

Undeterred, developers have forged ahead and lending in the development arena remains vibrant with new build properties, particularly in the residential sector. Statistics recently issued stated that mortgage approvals for house purchases in the United Kingdom reached 66,163 in May this year from an upwardly revised 66,064 in April, above market forecasts of 64,000 so it appears evident that demand is high and the governments approach to providing new homes, both affordable and sustainable, maintains momentum.

However, this is against a backdrop of rises in inflation and soaring costs in the construction industry, with significant increases again in material costs and further delays in the production and shipping of such materials as timber, glass, cement and roof tiles for example. This is putting more pressure on the cost and build time of the project. It has been suggested that the year on year change to May this year saw the cost of construction materials prices rise by circa 23% in the new housing sector.

Rising costs are starting to have a significant impact on residual land values of schemes. In addition, costings and schedule of works that would produce a worthwhile profit on a scheme assessed some time ago will now, in all probability require a re-visit and re-assessment to ensure the viability of the actual project. Moreover, the original contingency amount allocated to a project will undoubtably have to be utilised or indeed increased as there will, I would imagine, be a requirement to adjust the schedule as the cost per square foot will have increased

Developers, large or small are now having to pay particular attention to the increased cost of the overall proposed project at a very early stage in the proceedings as it would appear that the longer the demand is high, and the stock remains lower than usual, prices may well remain higher before any stabilization kicks in. This is making a number of schemes no longer viable, which is challenging when sites have already been purchased.

For smaller building firms that concentrate more in refurbishment projects and home extensions, the increased costs will tend to be passed onto the individual who has contracted them to undertake the work.

From a lending perspective, there has been a paradigm shift in the assessment of development schemes starting initially with the land purchase and through the build cost programme. Accepting rising costs is just something all involved will have to accept and needs to be factored into the project being proposed.

The right lenders, who understand the nuanced position, will work with their developer clients in this difficult period, changing criteria or risk appetite on the basis that the overall project costs are accurate, realistic and achievable.

As experienced developers in our own right, we at PIVOT truly understand these challenges and always strive to work collaboratively with our developer clients to find solutions to their development funding requirements.